Solstice of the Heart. 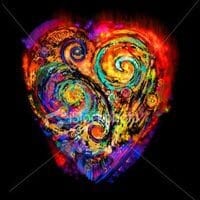 Summer and Winter Solstice has always been events to be celebrated in cultures around the world and they have incredibly important connotations for our ascension process. These ‘halfway points’ in the Solar cycles mark the transition of the Sun to its maximum or minimum flow of light to us wherever we are located. We celebrate the coming of the light as it floods to us in physical and etheric form.Since the Earth moved into the fourth dimension on the Cosmic Moment (21st Dec 2012) Solstice events have been used in conjunction with the ascension plan here on Earth. Lightworkers ‘in the know’ harvest the frequencies and distribute them, and the Higher Realms align special gateways and Cosmic Downloads to speed and establish the higher Matrix energies yet further.

On the Summer Solstice of 2014 the entire planet received the blueprint for their 12-chakra system after 10,000 years of limited consciousness in the third dimension. This is just one example of the magnitude of the events that have been occurring since our great shift.

Our ascension process is no longer a ‘solo’ affair. Initially we embodied the changes on an individual level with selective soul groups anchoring vast amounts of light and assisting with the clearance of planetary density. Now the first three groups of pioneers are awake the resonant effect is becoming far more collective, with entire layers of the planet rising in frequency together.

The Summer Solstice 2017 was greeted in Britain by waves of beautiful Sunshine and an anchoring of the Heart Collective into the planetary Heart Chakra which is located in Glastonbury. So many souls celebrated this event knowingly or unknowingly distributing this heart-opening light to the areas of our planet where it is needed most.

The side affects of this increase are not always as beautiful and serene as we might think. The process of illuminating the fifth-dimensional heart chakra (from dormancy) triggers a specific process where the heart begins to run the show instead of the ego. The ego, which is a term that everyone here is familiar with, has been leading the construction of all aspects of human life/society since the end days of Atlantis. It has the tendency to defend itself when threatened and now seven and a half billion egos are now consciously or unconsciously aware that things are changing.

As well as the beautiful side of life on Earth we also have to be grounded, focused and aware that all of our brothers and sisters are entering this phase of ascension development. This applies to everyone, not just those of us that are awake…everyone. The energy on Earth has risen to the point now where there are no more corners or shadows to hide in, we are all standing in the light and receiving the opportunity to take another massive step into the fifth dimension.

If you see people struggling, be kind. If someone is triggered by your light, be kind. If you are placed in situations where you are challenged, be kind. Everything on this planet is a test and although we may have days that are tough to work through we have the light, power and training to assist those who are really finding life tough. Also, most importantly, be kind to yourself. If you need to take a break, go and give yourself some love. Social media can be a massive tool for the light but it can also be a playground for the very process I have just described.

There is a beautiful mantra that was given to Diana Cooper some years ago by Archangel Chamuel, “I am living love”. Use this to keep your heart open and fill yourself with with the love that you need and deserve at all times.

As Within So Without,

As Above So Below. 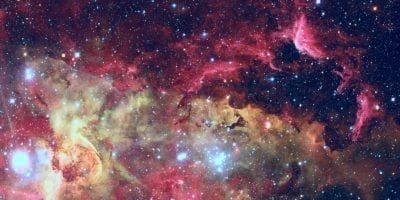